You may remember that my school won Regional School for the North East in October, for the work we do to get the pupils to arrive at school without using the family car.

We made this fabulous video which got us the award. So, we then got invited to the national finals to be held at the Houses of Parliament on 3rd March. We were all so excited!

Just after the regional awards I saw this fabulous fabric on White Tree Fabrics and knew it would be perfect for a Sustainable Travel Award occasion! I was really worried it may look like fancy dress, so teamed it with red cotton. 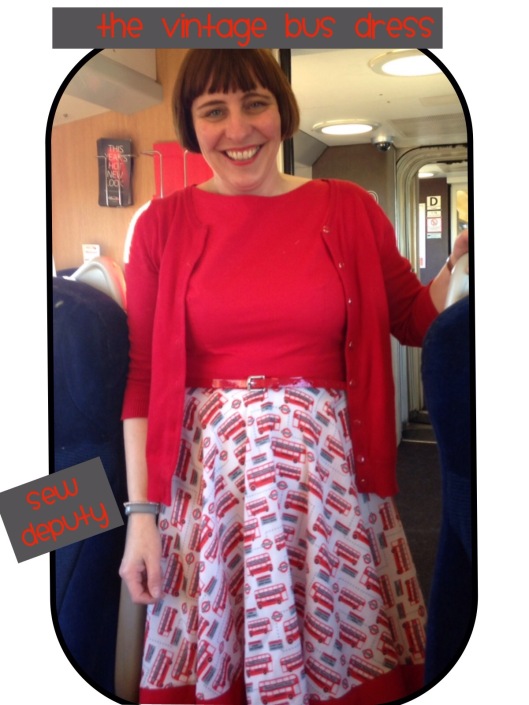 Just after Christmas we found out that after the award ceremony we would spend the afternoon at Bskyb, where the children would make a news report, but we were travelling by vintage bus!!! Ha! I couldn’t believe it!

Here is the driver realising I was wearing his bus!!

As I had left the making of the dress to the last possible minute, I dug out my Ruby pattern (Simple Sew) and realised that the 45″ bus fabric was not going to create a circle skirt of a decent length!!!! So I managed to squeeze enough from the remaining red to do a border. I thought it took away the fancy dress element too! The bus fabric was quite see through and any perfectionists would want to line it! Not me, I wore my trusty white underslip!

On the train we met the official photographer for the awards- we had seen him in October and he was sat with a colleague from the Local Authority -he said he thought I worked for Virgin Trains (!!!!) . So I had to tell the staff and get a photo!

I put an 8″ zip in the side of my dress, but could have done with it slightly longer so it went further into the skirt.

We had a brilliant day….we didn’t win, as it was based on data. But…..the children had a great day out and so did Little  Freddie our school police dog….who met the HofP police! Do you like his tie!?! And his cycle helmet?

Instead of twirling, this dress made me swing around every pole I saw! Bizarre! 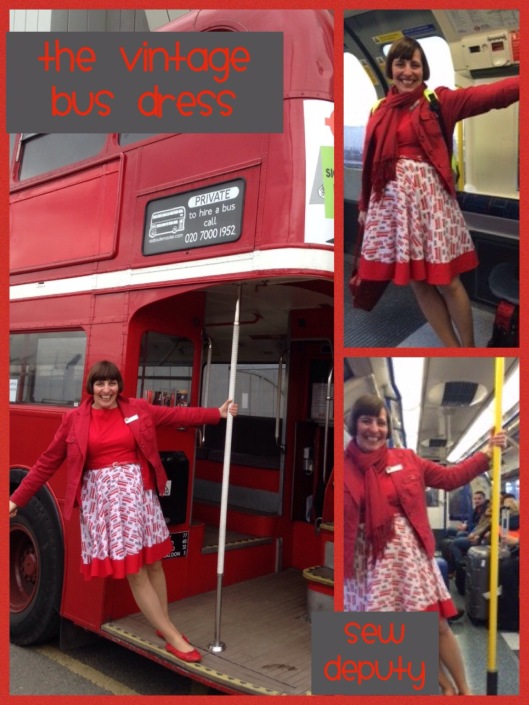 I text my Dad to tell him what the photographer had said….he replied with “wait until you get to London, they will think you work for London Underground…..” and I found a van! 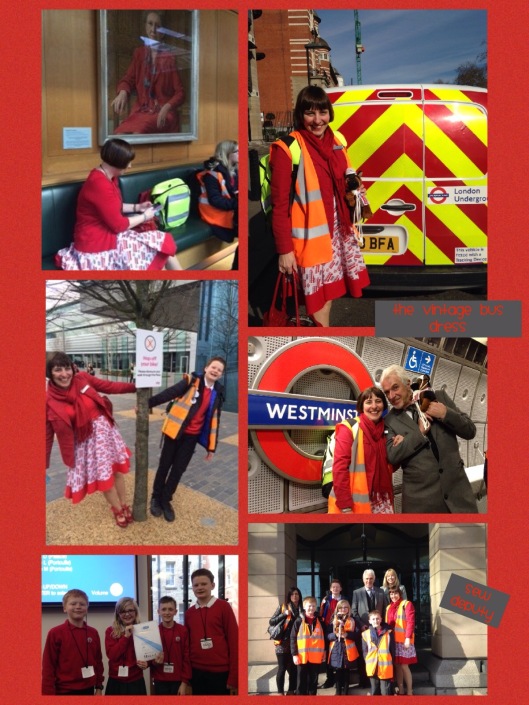 The best moment was when the children came out of the tube station and three of them saw Big Ben for the very first time. 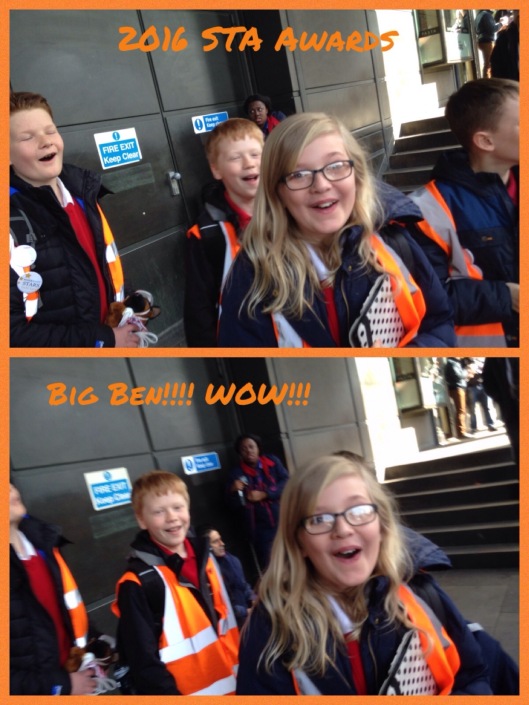 Fabric: 2m of bus fabric and 1 metre of red cotton from WTF. ( Did I mention they do London Underground  fabric too?!?), 8″ concealed zip and thread.

Wonky Factor: 7/10 it was really nice to wear and I got a few positive comments during the day. But can’t be high scoring if I looked like I worked for train company when I was going to an award ceremony! 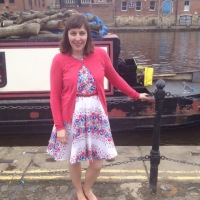